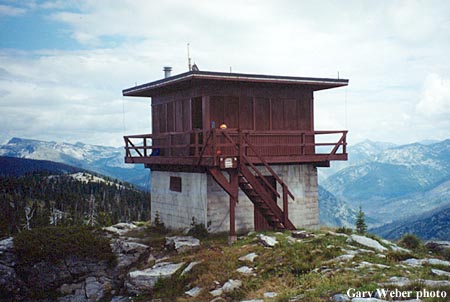 Located in the Selway-Bitterroot Wilderness, Diablo was developed with a cabin in 1926, replaced with an L-4 cab in 1930. The present 10′ concrete base with R-6 flat cab, built-in 1965. It was restored a few years ago and is staffed by a group of volunteer lookouts

Our visit to Diablo Mountain was in the fall of 2021. We went with dual purposes; first to see the lookout itself and second, to meet Nate R. We had been speaking with Nate for a while and he was on a volunteer lookout post that week. His knowledge of Idaho, the Selway-Bitterroot, Clearwater National Forest, and fire fighting are almost unmatched! We knew he had so much knowledge and better yet, STORIES, to share with us!!! We weren’t wrong – Nate is an amazing guy!

Nate, as a hellitack with the Forest Service, has visited over 150 lookouts in Idaho! We spent a really fantastic afternoon with Nate at his lookout, we could have stayed for days if time wasn’t against us. We filmed the majority of our visit with Nate and are in the process of editing now. Stay tuned as we’ll post that interview on our youtube channel soon!

As with all places in history, not all of those stories are happy ones. A young man, Ethan Peterson, lost his life on this mountain back in 1995. His death left a lasting impression on all those involved in his search. A beautiful cross hangs inside the lookout in his memory. 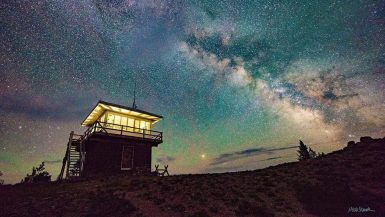 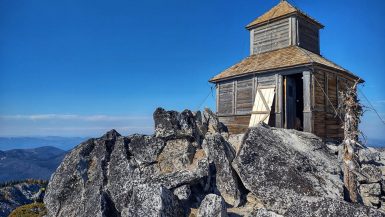 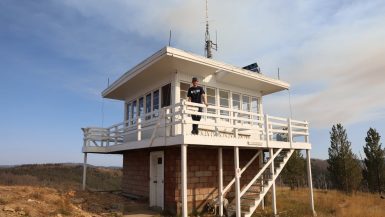