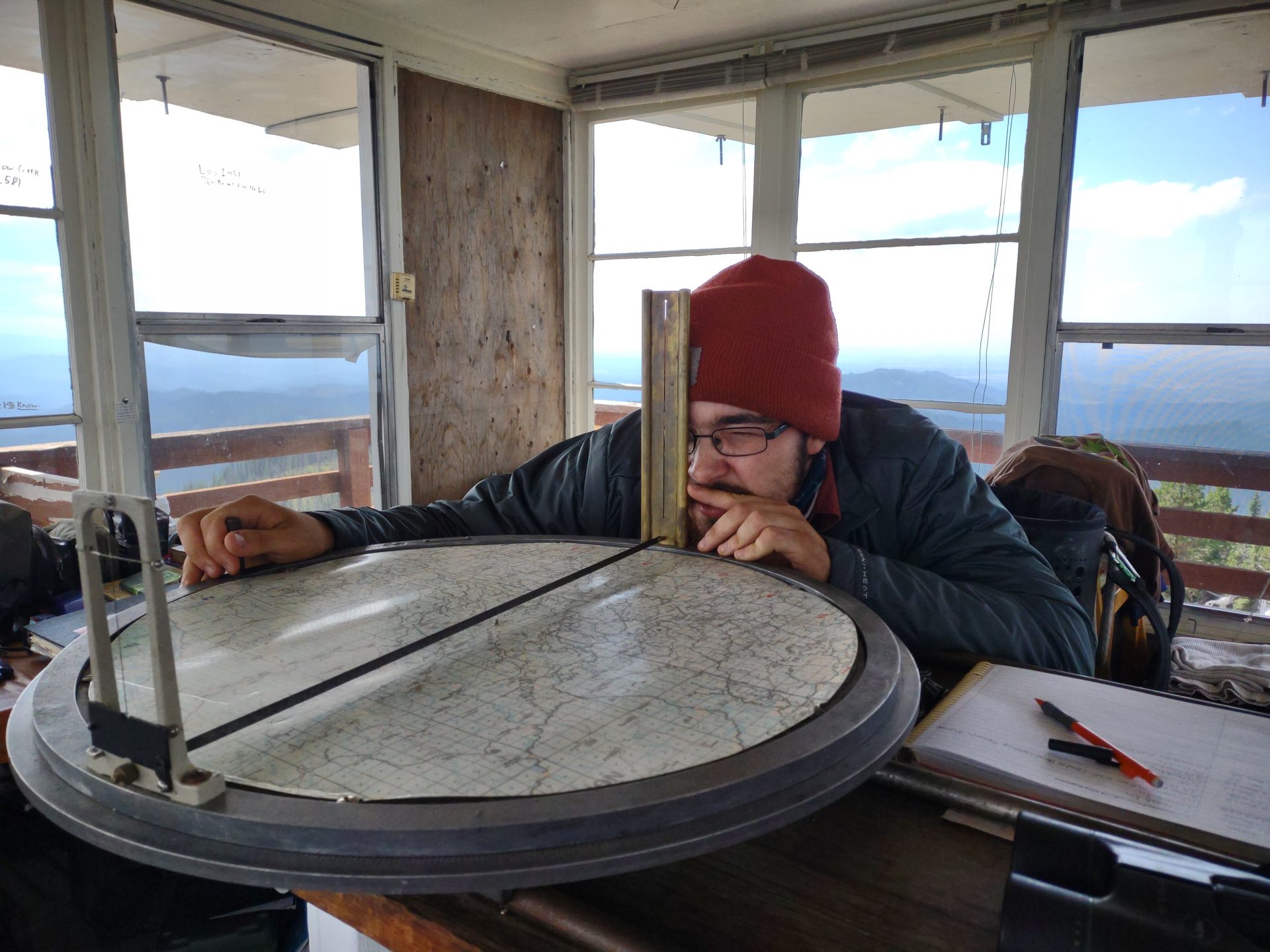 The core job of the firewatcher and the entire reason lookouts exist is to spot fires and accurately and quickly relay the location. The number one tool for this task is the fire finder.

Alidade – al-i-dade: “A sighting device or pointer for determining directions or measuring angles, use in surveying and (formerly) astronomy”

The Firefinder is a circular device with an inlaid map. Dead center of the map is your lookout tower. You rotate the sites around the perimeter of the map and sight in the fire out your window. Once you have located the smoke in your sights, you can correlate that location to the map on the Osburn using a measuring tape.

Benjamin gives us a demonstration of the Osburne in use at his lookout at Hemlock Butte. 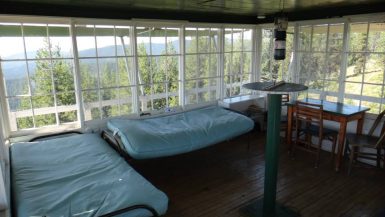 What To Bring When Staying at a Lookout 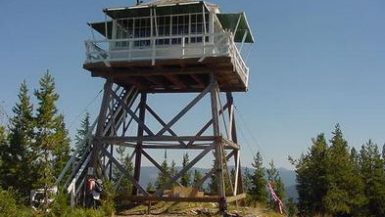 5 Tips For Booking a Lookout